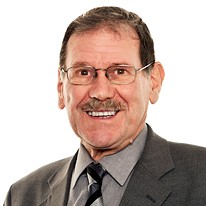 One of Molesworths longest serving members of staff, Richard (now a retired Solicitor), joined us in 1958. He gained his Honours Degree in Law from Manchester University and was admitted as a solicitor with honours in 1962. He retired from the role in September 2013 but retains a place at Molesworths in the capacity of Consultant. In his early years Richard’s work covered a wide range of practice areas; he now works with a loyal client base and specialises in Conveyancing, Licensing & matters involving private railway companies and mechanical engineering cases. In his spare time Richard is a keen walker and is interested in butterflies and railways. He was awarded an MBE for his contribution to the preservation of steam locomotives in the Keighley & Worth Valley Railway, where he was a qualified steam loco driver for forty years.

Alternatively, fill in the form below and Richard will contact you as soon as possible.

Molesworths Bright Clegg is a firm of solicitors established in the United Kingdom and is registered with theSolicitors Regulation Authority.